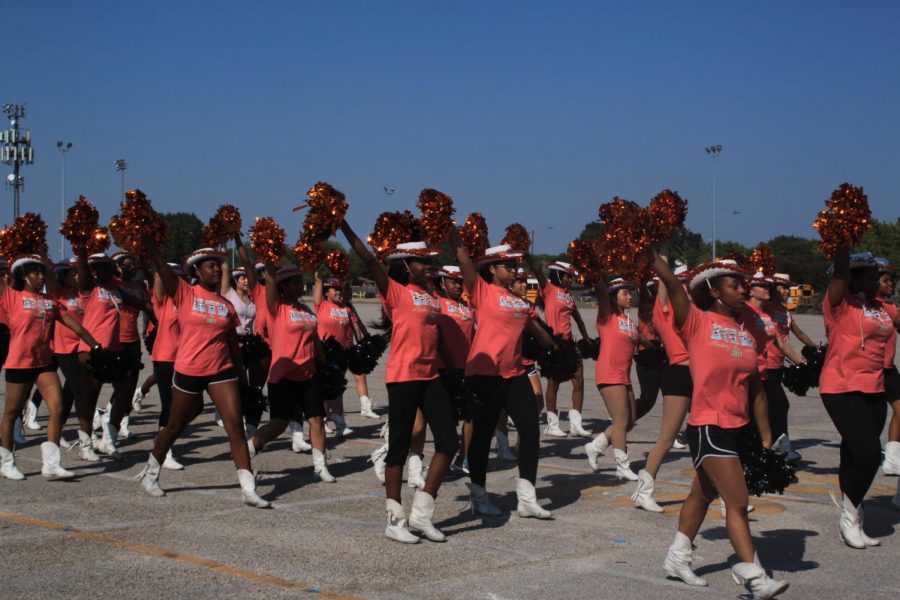 The Belles worked hard during the football season, but competition season is a whole other game. Competition season is when the belles go to compete with other schools to see who has the better dance team. They learn a few dances and perform in front of 3 judges. Then at the end of the competition, they will announce the top three schools. Their diets gets more strict. And the directors aren’t very lenient, either, Bowie Belle, Jasmin Becerra explained.

“The practices are too important to miss.” Becerra said.

Jasmin Becerra said that Belles are very disciplined. One mistake and there will be demerits. If they do get demerits, they have to do kicks. One demerit is 100 kicks. It may seem like a ton of pain and aching, but the she explained that 100 kicks aren’t even that bad.

“It really starts to burn after 100 or 200 kicks,” said Octavia Edwards, Bowie Belle.

Edwards said that Belles are normally are really disciplined especially now since it’s competition season. The directors are more strict. They are not playing around.

“If a Belle misses practice, they might be replaced with someone else, depending on what gets added that day.” said Mrs.Linson.

Hopefully this year, Belles will bring home a trophy and make the Bowie Vols proud. There competition is on Saturday, March 3.