The Wizard of Oz Play 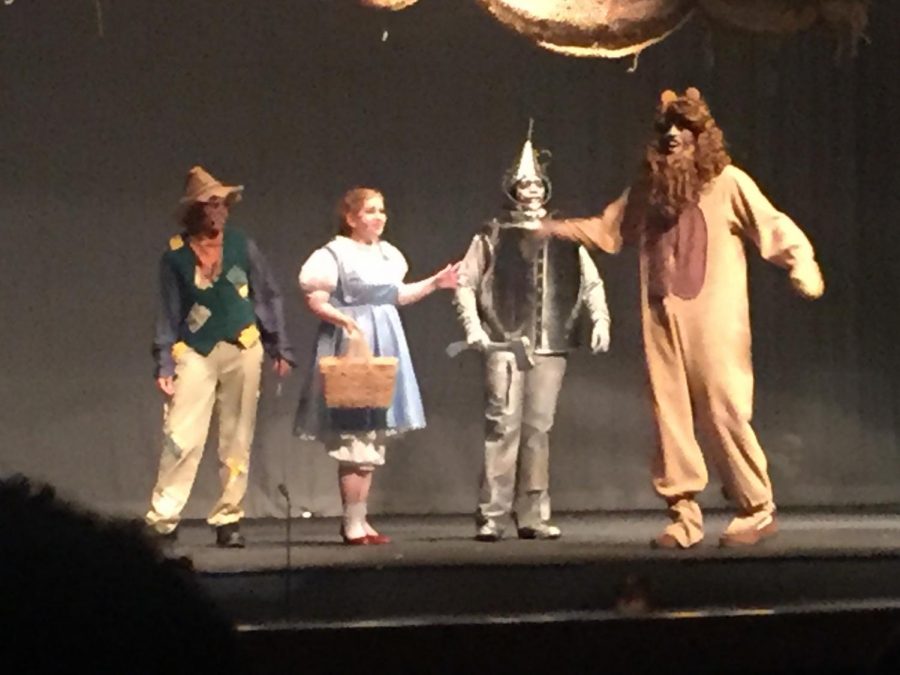 There was a recent play at James Bowie High School: “The Wizard of Oz,” hosted by the theater department.

The orchestra and band were in the pit playing the music . The choir and theater kids were the actors and dancers. A parent even said that it’s nothing they’d ever seen before.

The play wasn’t exactly like “The Wizard of Oz,” movie, it had a Bowie twist, which made it unique. Though it wasn’t exact, it was similar. Dorothy, Scarecrow, Tinman, and Lion still wanted the same things and still went through the same things but the bowie play added something more. They added the Winkies, which was played by the Bowie Step Team.

“The play was not easy to come about,” said Octavia Edwards, an orchestra member. “Many hours were spent into the 1 and a half hour to 2 hour play. We were even practicing it in our class time!”

All that time practicing all came down to the shows.

“The amount of work that was put into this play will amaze you.” said Trimble.

Lots of people went and supported the production. The seats were filled up during all the play times.

“I will definitely go to the next play they have here,” said a parent.